Bottle in a Haystack

Bottle in a Haystack is a Quest in Villagers & Heroes.

Benthe of the Coterie has asked me to find her a bottle of mead (hough I'm not sure how she'll drink it). She says it floated out to sea. This is going tob e like finding a needle in a haystack. 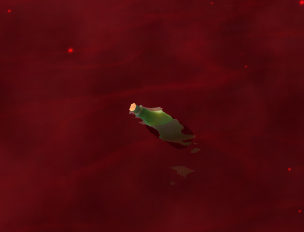 Benthe : "Did you find my bottle of Scarlet Mead?"

Benthe: "You look a little wet, I hope it wasn't too much trouble."

You "Please, tell me about the lad you mentioned."

Benthe: "The lad, yes, such a nice looking youth he was. Lem was his name. Poor thing, all alone with just that little boat of his. He was seeking his fortune, you see. He left the mainland to make a name for himself, and so he ended up here."

Benthe: "Well, it was on Bloodstone that he first landed. There had been a fierce storm on the seas that day, but that boy had a gifted hand when it came to navigating that boat of his. He arrived on Bloodstone, safe and sound. It was right before the Clorian festival, so folks were in high spirits and welcomed him."

You "And then what happened?"

Benthe: "Well, now, I can't rightly say what Lem saw or did, but something went awry. You should speak with Vogel on Bloodstone, if he hasn't unraveled that is. There aren't many of us Coterie still who haven't."

Continued in: Vogel of the Coterie.